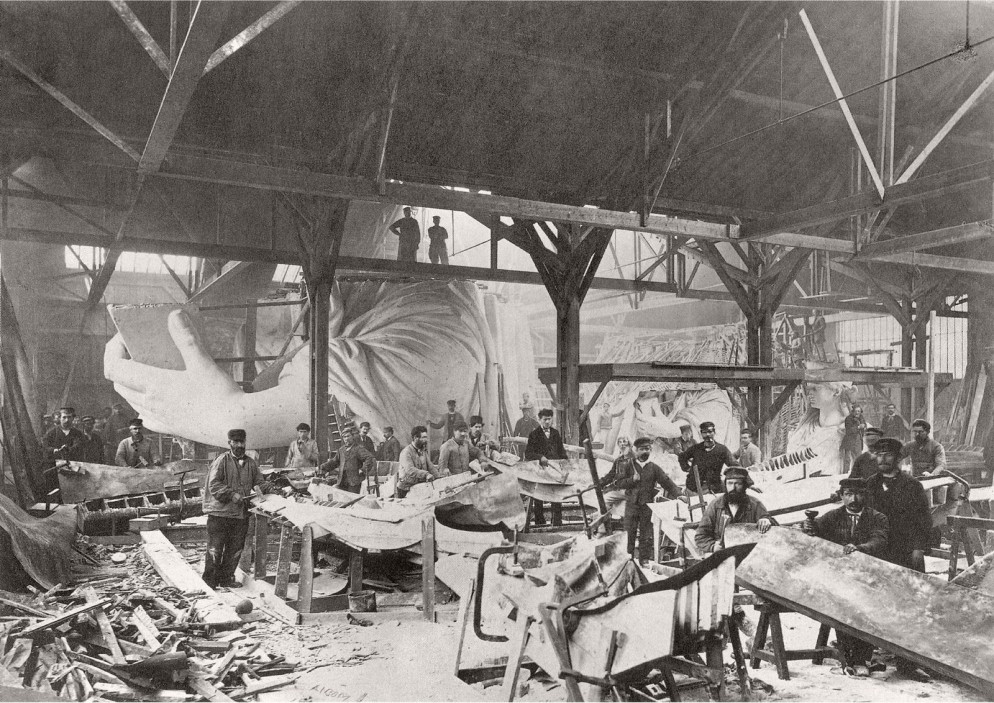 Below you’ll find a running tally of what we’re working on currently, as well as sneak peaks of upcoming mockups of future projects….

We had a pretty good list of requests for  similar tables to the French Industrial Console Table, so I found several antique bases that echo the French piece pretty well. This is the first one to start getting restored, it’s a gorgeous Philadelphia made machine from the 1920’s. Love the curved lines of it. It’s mocked up with a couple 7′ planks just to get an idea of where to go with it. The “Philada” abbreviation in the casting is  interesting,  as it’s an older way of abbreviating Philadelphia (the Liberty Bell is cast with “Philada”, for example).  This company built machines starting in 1867 at the foot of the Ben Franklin Bridge. 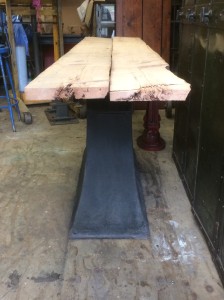 I rather obsessively stalked a literal 1/4 ton of these antique brass and copper advertising printing plates recently…which I think are just the coolest when put together in a mosaic sort of random pattern.  I’d say it most likely is one of the biggest collections of plates of this era, most are post WW2, 50’s and 60’s mostly. The plan is to create either a very large (5’x 10’+) piece of artwork, or 3 or 4 individual pieces. Considering making a table top with them, under either glass or  clear epoxy, but I think in the right setting they will look best hanging on a wall. 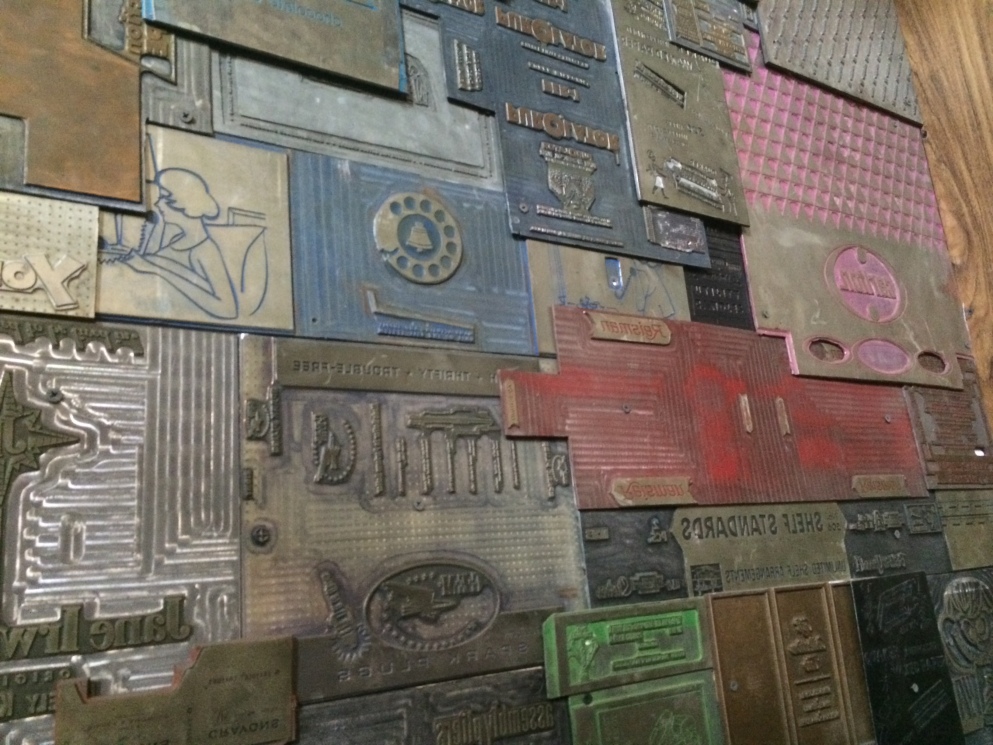 These massive legs are going to make a terrific kitchen island. Just playing around with some mockups of what they could look like. They are from an antique machine meant to grind molder knives,  by S.A. Woods Co, Boston Ma. I  just love the giant “elephant” feet on these which  are 8″ wide at the base! 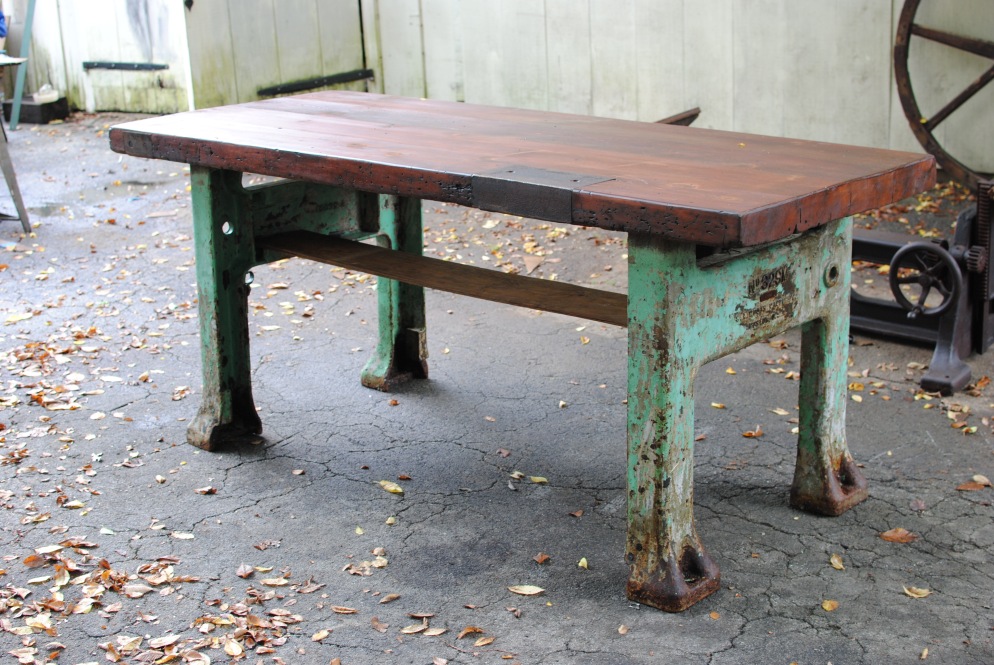 There’s a natural spot for a big shelf going across the legs, shown here with a piece of scrap wood. The next photo shows some drawer mockups too. 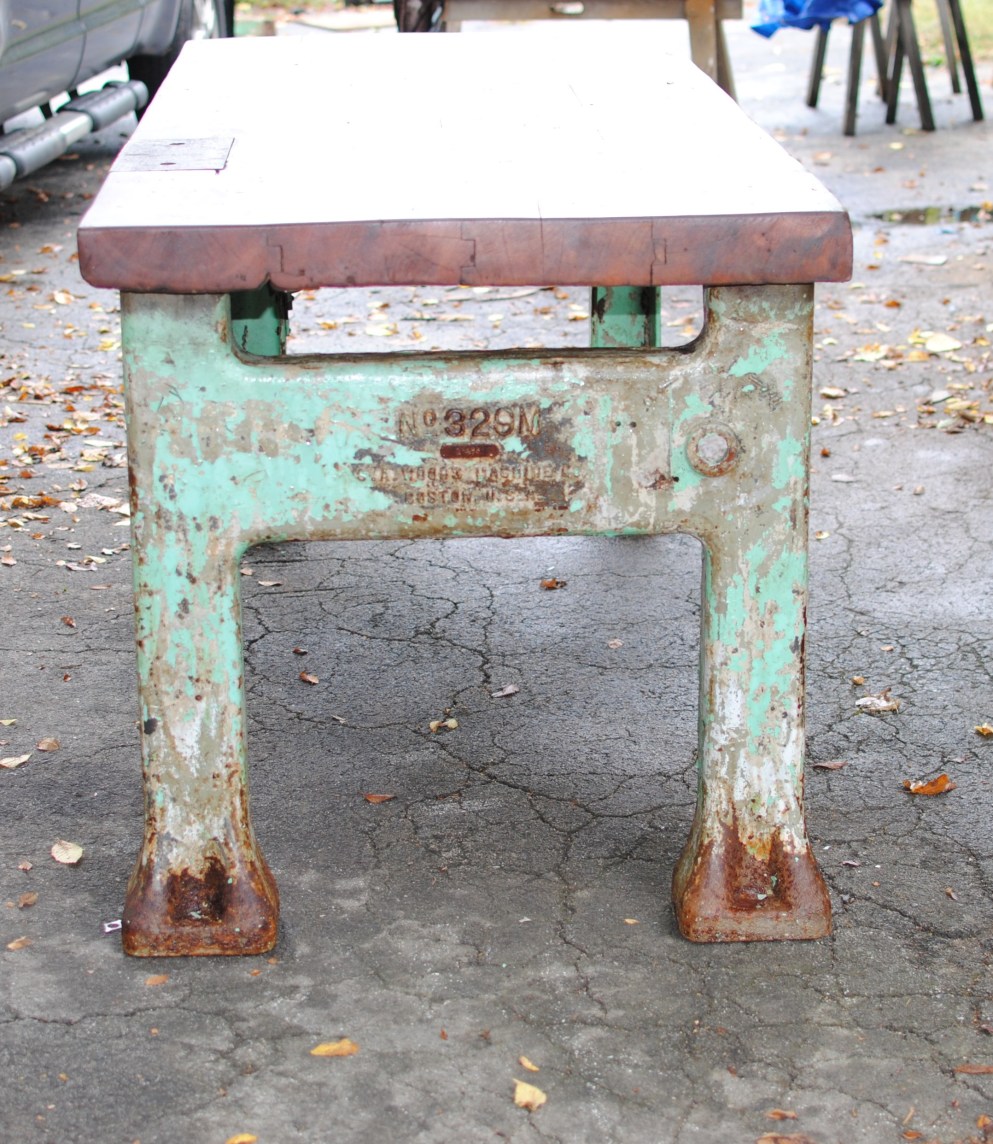 After a little sandblasting, you can really start to see the details. I love the “on/off” cast into the legs for an old switch that was there. The plan is to drill a matching hole on the other side, connect the legs with two massive bolts, and then set a reclaimed wood shelf on top of the bolts…..

Some mockups using the same legs as the Papermill Table shown to the left,  but turned the opposite way, and bolted    close together at dining height: 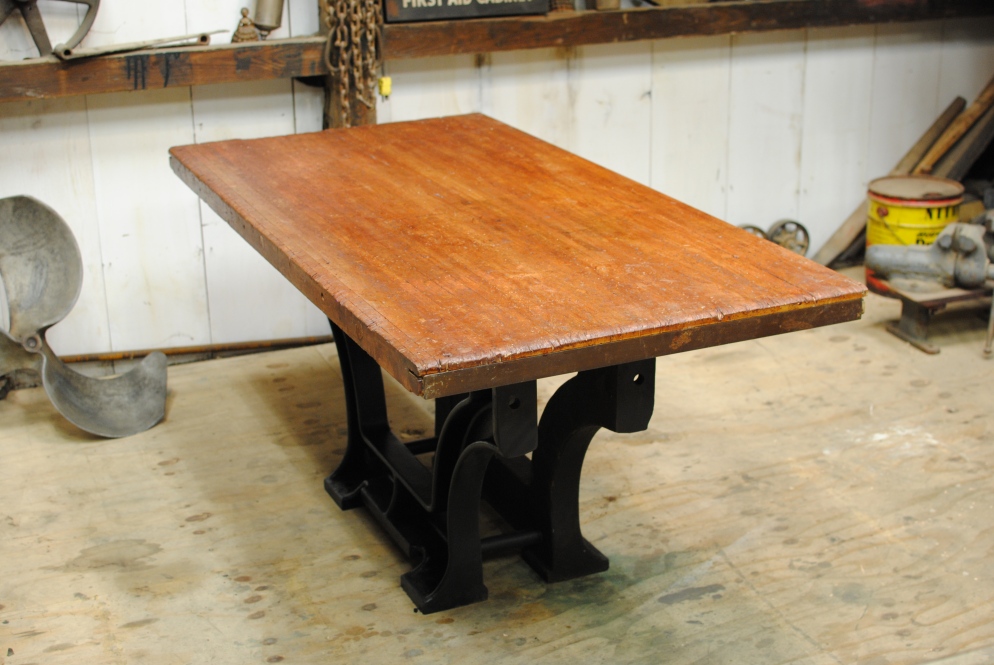 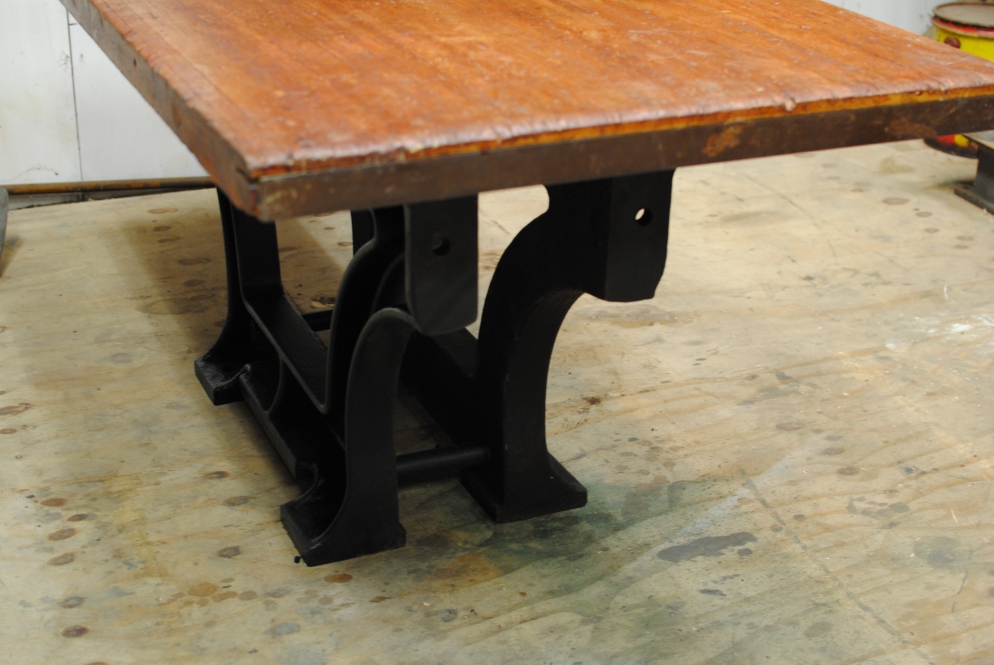